The curious case of premature resignation!

Before I start writing and force your brain to wander in the direction that I want, I would like you to have a look at this position with an unprejudiced mind: 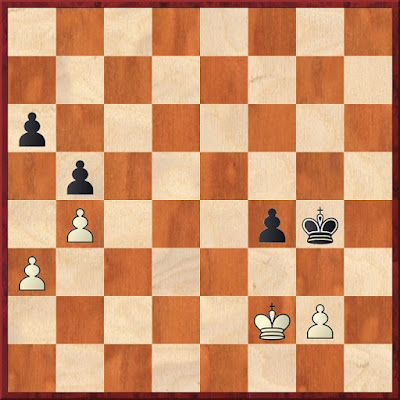 White to play.
What should be the result of the game?

Now that you have come to a definite conclusion about the assessment of the above position, let's begin!
Many people say that Facebook is a waste of time. I disagree. It can be distracting at times but there is a wealth of information available out there. Today morning as I woke up and checked my news feed, I saw the following post by my good friend, GM Thomas Luther:

After reading the first question that comes to your mind is," A famous author GM. who is he?"
Of course it would have been possible to find it through much more research but help was at hand in the comments section:

Ok! So one of the players was Markus Ragger. Now a 2650+ player like Ragger would usually play in a good tournament. And with the current events going on it could be either Pardubice or Politiken Cup. I quickly open Follow Chess app which broadcasts all the current on-going events.

And within a minute I had narrowed down to the final position of the Hillarp Persson - Ragger. 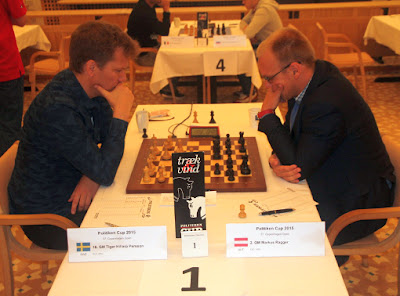 Let's have a look at the position that I gave at the start of this article:

After Ragger's last move f5-f4, it was Tiger's move. And can you guess what he played?

He resigned the game! Now at first sight this does not look at all unusual. It seems as if Black is winning. Let me explain the winning plan in four simple steps.


Perfect plan isn't it? Just that there is a small problem! At the right moment White can simply push his pawn to a4. If black takes the pawn then he remains with two rook pawns and all that white king has to do is to reach c1 to draw. If to a4, Black doesn't take the pawn then after axb5 axb5, white king has to reach the b2 square after Black plays Kxb4. The following are the two drawing positions to be kept in mind. 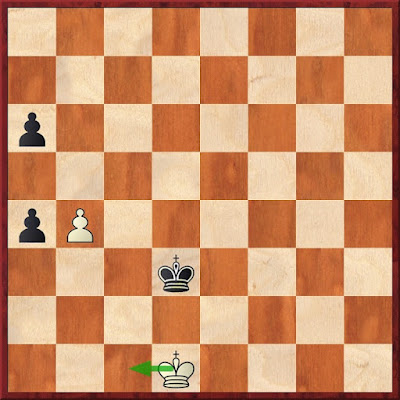 With Kd1-c1, the king is already in the drawing zone and White has nothing to worry. 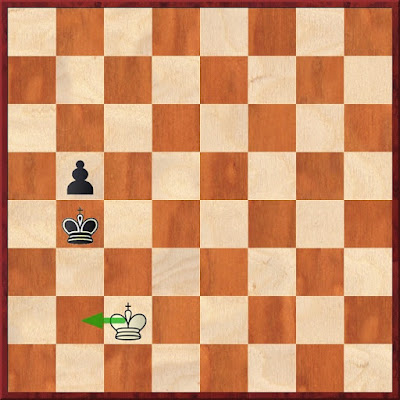 And here Kc2-b2 would take the opposition and the game would end in a draw.

The variations were simple, straight-forward and logical. There was nothing complicated and a player like Tiger Hillarp Persson (for whom I have great respect) should have known all of this. Or even if he didn't know he could have easily calculated it. So why did he go wrong is the question.

Let's see an endgame position from one of my favourite books: Dvoretsky's Endgame Manual. 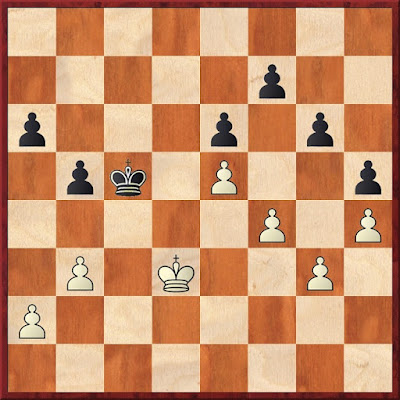 This very famous endgame was easily won by Kasparov. Have a look at his technique:

There are two important moments in this endgame which need to be kept in mind: 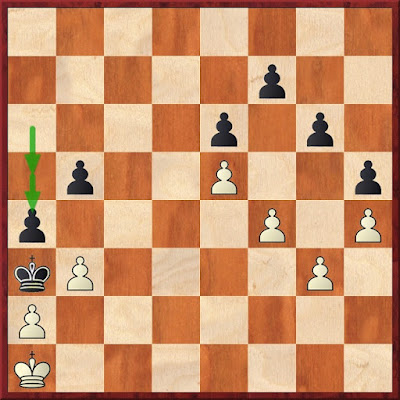 First placing the king in optimum position and then pushing the a-pawn to gain more space. Dvoretsky calls this as "Widening the beachhead". 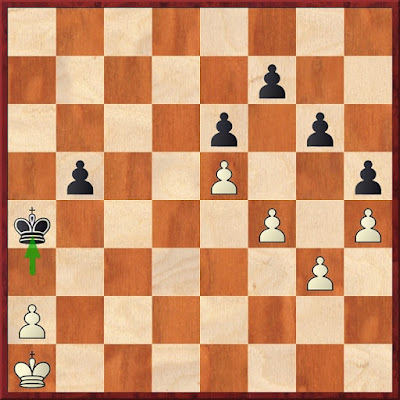 And then to take the pawn with the king so that the b-pawn can be used as a battering ram with b4-b3 in order to open up the king's route to the g3 pawn.

Just to show you how common this theme really is, have a look at the last moves of the Classic, Cohn-Rubinstein. 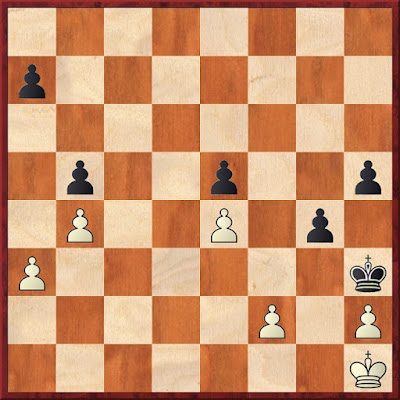 After a fantastic endgame which is worthy of study by every student of the game, Rubinstein reached the above position. What do you think black should do?

Of course, you need not be asked twice! Rubinstein immediately decided to widen the beachhead with h4! and with g3 coming up, all the white pawns will fall.

Of course, Tiger Hillarp Persson being an author and a very strong GM should be very well acquainted with these games. When his opponent was going to widen the beachhead, with the move f4-f3 he could see his fate unfolding similar to that of Sveshnikov and Cohn. Rather than lose all his pawns, he decided to throw in the towel.
But a very important difference that he failed to consider was that unlike the other games there were only two pawns left on the other wing (Kasparov game had 4 and Rubinstein game had 3). Also the configuration of pawns were such that the a-pawn could always be sacrificed.

Tiger must have understood all of this with ease after the game was over but as he rightly said, "I am going to end up in many books now!"

Yes, Tiger you will end up in many books but thanks a lot for this useful endgame lesson.

At this point, the famous words of Savielly Tartakower come to mind:

" No one has ever won a game by resigning!"

Wise words indeed!
And by the way I hope I have proved my point that Facebook is a useful tool for improving your game! :)